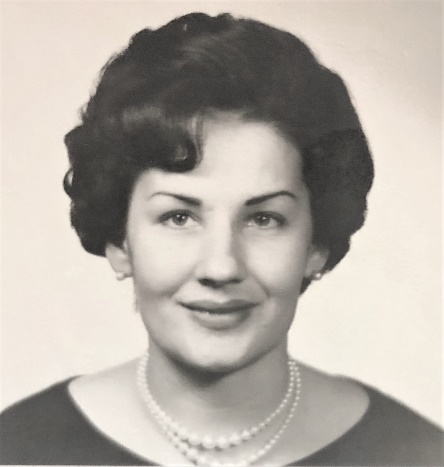 Vida Willmon was born Vida Zimich on June 14, 1930, in Velenje, Slovenia, Yugoslavia, to Jakob Zimich and Genovefa Sober-Zimich. Vida passed away peacefully on February 15, 2021. As a child she grew up in Maribor, Slovenia until the Germans occupied Yugoslavia in 1941. Placed into forced labor until liberated by the British, she returned to Maribor only to find her family separated and her town mostly destroyed. She returned to Austria where she was placed into a displaced persons camp and met her first husband, with whom she had a daughter. Together they came to America in 1948. Vida worked in several occupations: as a nanny, in the auto factories in Michigan, in officer’s clubs in Illinois and Texas, and as a hostess in Las Vegas. In the 1950’s, Vida moved to California where she later married again. Together they shared in raising their three children in Sacramento. In 1968, Vida became a United States Citizen, which she was immensely proud of accomplishing. She was also proud of her job at Blue Diamond Almond Growers, where she retired after 25 years. Vida lived in Sacramento from 1968 to 2004, afterward she moved to Galt. CA, where she lived in a senior community until becoming ill in 2020. She moved to Eskaton Greenhaven where she remained until her passing. Vida taught herself to read, write, and speak English. In all, she could speak four languages. She enjoyed being at the park watching the ducks, drives in the country, hot coffee, cold beer, and a tidy house. Vida loved her family very much. She treasured the company of her children, she especially loved being with her grandchildren and their babies. She cared for her mother for 17 years until her death at the age of 102 in 1999. She also spoke often of her sisters, Cirila “Lila” and Maria, who passed away together in a car accident in 1958. Vida would often tell her children and grandchildren her life stories, many of which are very intriguing! Vida was preceded in death by her parents, five siblings and her oldest son, Mark. She is survived by her children, Vida Jean, William, and Sonja, as well as Nine grandchildren and nine great-grandchildren. She will be missed by all who knew and loved her. Family and friends are welcome for visitation on Saturday, February 27th from 10-11:30am at East Lawn Funeral Home, 3939 Fruitridge Road, Sacramento, CA, followed by a graveside service at 12pm at St Mary Cemetery, 6509 Fruitridge Road.