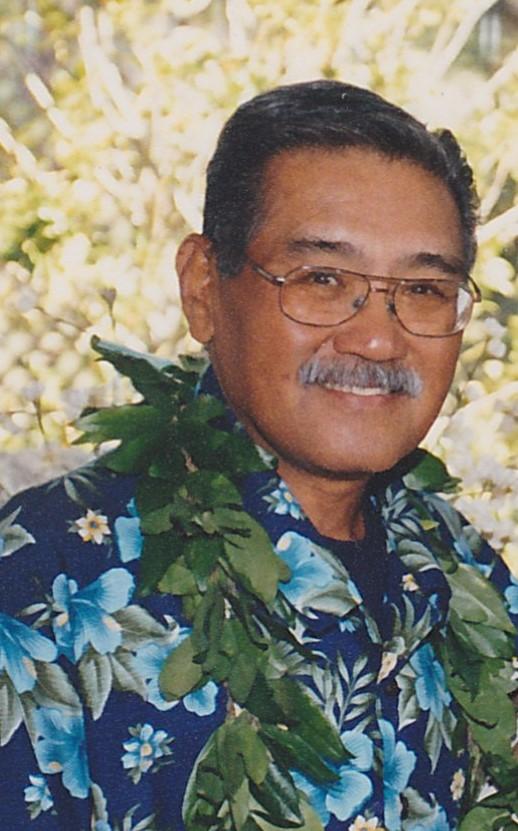 Theodore Reyes Tabarango, age 76, of Sacramento, CA, passed away peacefully in his home on September 30th, 2021. He was born in Waihua, Oahu on March 3rd, 1945 to the late Steven and Rosa Tabarango. As a young boy he moved to California where his family laid roots in North Highlands, CA. Ted graduated from Highlands High school and went on to receive his BA from Sacramento State University in Business in Accounting. Ted joined the United States Air Force and retired as a SMSGT/E8 after 20 years of service. While serving in the military Ted started his career with the State of California in 1975. In April of 2008, after 33 years of service with the Department of Food and Agriculture, he retired as a General Auditor III.
Ted was very active in his community and was a prominent member of SMOA, where he was an official for all school sporting events in the Sacramento area. He was a member of the Veterans Society of the forty men and eight horses where he served as a chef de gard and as president. He was also a member of the American Legion-Magellan Hall.
Ted became a member of the Provident Three Pillars Lodge No. 609 of Free and Accepted Masons of Sacramento where he was honored with the Hiram Award in 2014.
On April 17th, 2021 Ted and his wife Lupe celebrated their 50th wedding anniversary with his family.
Ted was a loving husband, father, grandfather, cousin, uncle, brother and friend. He will be deeply missed, and we will forever cherish our memories of him.
He is survived by his wife Lupe Tabarango and his children; Stephanie Morales (Leo Morales), Michelle Hintz (Lyle Hintz), Melissa Thompson (Scott Thompson) and Shannon Reyes (Kem Reyes) and his grandchildren; Julia, Alex, Ethan, Emma and Eliana.
He is preceded in death by his father Steven, his mother Rosa, his brothers Fred and Ben Tabarango.
Services will be held on Sunday October 17th at 10 am at East Lawn Elk Grove Memorial Park. Ted will be given military honors, so we ask for prompt attendance. Immediately following the services, we will continue to the Sacramento Masonic Temple for Mason’s ceremony honors. Please join us for a lunch reception to follow in the Ballroom of the Sacramento Masonic Temple.
Ted will be laid to rest on Tuesday October 19th at 1:00 pm at the Sacramento Valley National Cemetery in Dixon, CA.
East Lawn Elk Grove Memorial Park
9189 E Stockton Blvd, Elk Grove, CA 95624