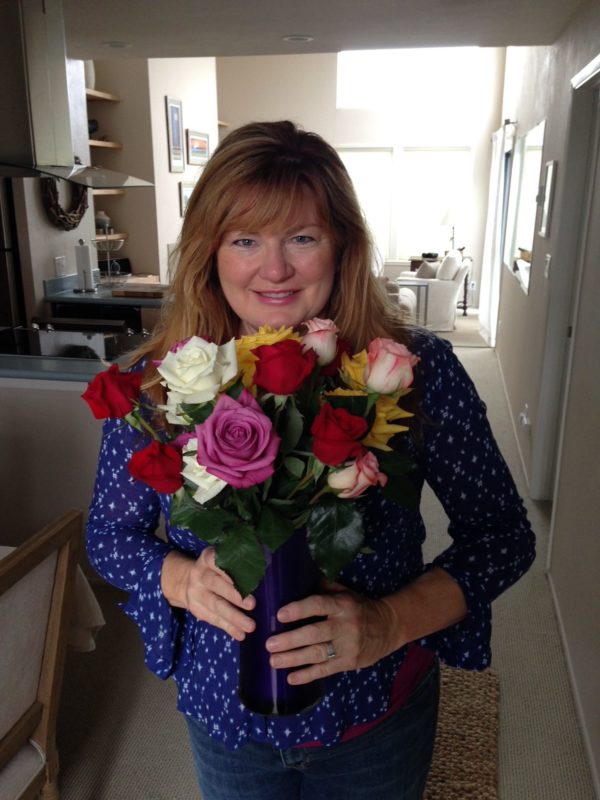 On September 14, 2022 Terri Lovelady Tollette passed away peacefully in her home, surrounded by her husband Wylie, son Garrett, daughter Hannah, her father Wayne Lovelady and cousin Staci Schilz.  She was a model of courage and determination during her fifteen year fight with breast cancer, the same malady that took her beloved mother Judy in 2015.  Terri’s family and many friends are enormously sad at her too-early departure, but thankful that she was not in pain and that we were all able to spend time with her over the past several months expressing the words of love and caring that needed to be said.  She will be sorely missed by all her knew her.  Her warm, positive and generous spirit drew all of us into her hive like bees to honey.

Terri Lynn Lovelady was born February 7th, 1967 in Lodi, California and graduated from Lodi High School in 1985, where she met her lifelong friends Cate Lewis, Yvonne Gagliasso, Kolleen Ostgaard and Heidi Muther.  She remained close with these women for her entire life, a rare and unusual thing in this age.  She graduated from California State University, Sacramento in 1990 with a BS degree and worked briefly in the office of Governor Deukmejian.  In February of 1990 she met her future husband Wylie in Sacramento and they were married in Lodi that October, after a whirlwind romance and engagement that took them to Bermuda, Maine, New York and across Northern California.  Travel remained one of Terri’s particular interests throughout her life, though she was always bound tightly to her home base in Folsom.  Their son Garrett was born in 1994 and daughter Hannah in 1996.  Terri’s children were her pride and joy, her favorite project and the center of her universe.  In 2001 she left her role as an HR manager with the Southern California Water Company after 10 years to become a full time homemaker, a job she cherished.

Terri loved games, reading , the beach, Lake Tahoe and everything that nature has to offer.  More than anything else, however, Terri loved spending time with her friends and family.  Lisa Wagner, Traci Peterson, Teddi Wessing and the rest of the Folsom Foodies were a welcome and constant source of laughs, and comfort and peace during her final few months.   One of Terri’s many gifts was making friends – as natural for her as breathing.  We will miss her forever but welcome her to a permanent home in our hearts.