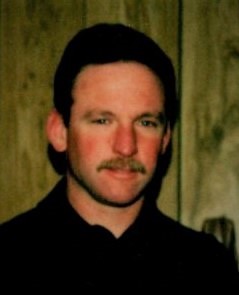 Steven Parrish McDonald was born in Sacramento, CA on August 25, 1944. He was the eldest son of Donald McDonald and Alice Parrish McDonald. Steve lived in Sacramento his entire life, except for the time he spent in the military. He attended Grant High School from 1958 – 1962 and played varsity football and baseball. Steve joined the Marine Corps in 1967 and served two tours of duty in Vietnam with the 3rd Marine Division. He then returned to Sacramento and earned a Bachelor’s Degree in Sociology from California State University, Sacramento.

Steve spent thirty years in the International Union of Operating Engineers (OE3), working primarily as a Heavy Equipment Mechanic and Welder. He was active in the union and worked for many local area contractors, including Teichert Construction. Steve loved the water and enjoyed swimming and sailing. His greatest passion was building boats, both large and small. In his later years, he specialized in making beautiful models of historic wooden boats, including many built by indigenous people of the western United States and Canada. Steve was an avid reader his entire life and enjoyed a lively debate about any topic, especially politics.

Steve died on Monday, June 20, 2022, after a long bout with cancer. He is survived by his son, Owen; siblings Timothy (Kathleen), Andrew, and Melissa; and former wife and close friend, Patti. He will be laid to rest, with military honors, at the Sacramento Valley National Cemetery in Dixon CA. Donations in Steve’s honor can be made to any of the charities he generously supported, including: OE3 Scholarship Fund, Loaves and Fishes, Capital Public Radio, and Planned Parenthood.