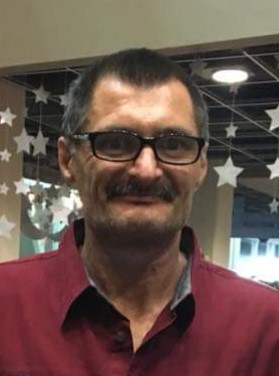 Steve Edward Jones was born in Gilroy, California on March 24th, 1966. He was a resident of Sacramento, California where he died unexpectedly at the age of 56 on August 21st, 2022.

Steve graduated from Santa Teresa High School in 1984. He went on to live his life as a highly skilled carpenter and caretaker of his youngest son. He has built homes, made beautiful custom cabinets, completed renovations, and so much more.

He leaves behind his mother, Ruth Galvan; his brothers: Bobby Galvan, Gene Galvan, and Mario W. Galvan; his sister, Melinda Thomas; children: Steven Jones Pettit, Debbie Campbell, and Edward Jones; granddaughter, Adasyn Hall; and his beloved dog, Bixby. Mario Galvan, his father, passed away in May, 2020.
Steve was an intelligent man with incredible growth. He made many plans, was trying to rebuild connections, and even had aspirations of driving a bus where his son could join him for the adventure. He is loved and missed by many. His life may have been cut short, but he will live on in the hearts and memories of all who knew him.

Cremation will take place the morning of September 9th, 2022 at East Lawn in Elk Grove, California