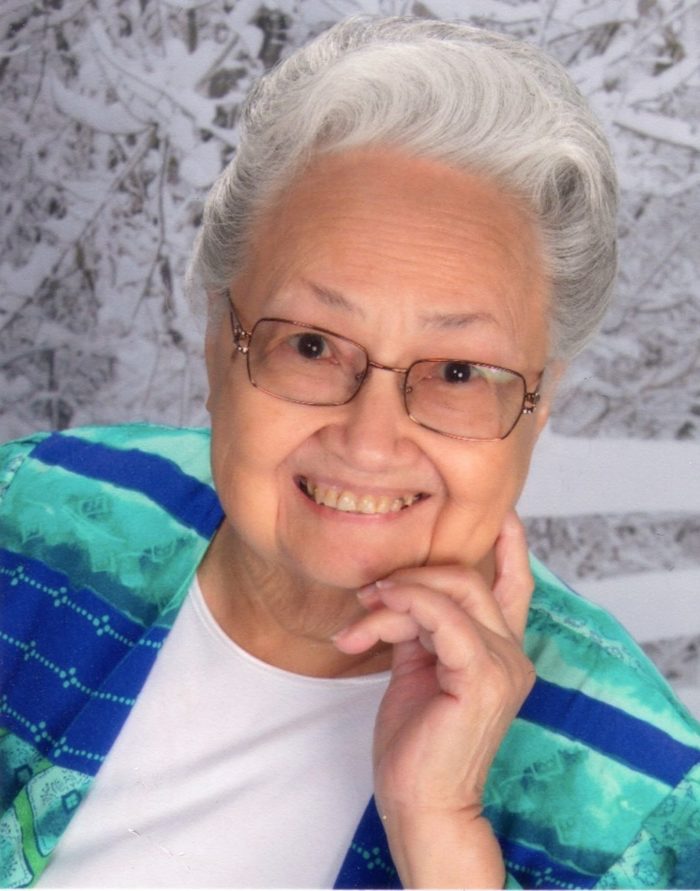 Ruth was born to parents Marcelina Velasco-Villanueva and George William Funk in Manila, Philippine Islands, March 17, 1925, one of eight children. She loved that her birthday fell on St. Patrick’s Day because green was her favorite color and because it was a semi-holiday so she could celebrate all month long.

Her mother and siblings survived 3 years of war and were repatriated to the United States in September 1945. They settled in Marin City, CA.

From 1946-1947, Ruth attended and graduated from MacMaster-Paine Business College. In March 1947, she was hired as a clerk for the Army, Corps of Engineers, in Sausalito, CA. She married Jose Lopez in 1949 who passed away shortly thereafter in a tragic accident leaving Ruth to care for their newborn son, Jose now Joe, born Jan 1950, on her own with family support. In 1951, she went to work for the Navy as a Fiscal Accounting Clerk for a year and when that workload transferred to Denver, CO, she applied for a position at Hamilton AFB where she worked for a year. In 1953, she got a job working as a Clerk-Typist at Fort Mason, CA for the next 4 years.

In 1956, she met and married Samuel Berry. They had four girls in the next four years, Nancy, Carla, Joni, and Theresa. With Joe in tow, they moved to Sacramento, CA in January 1962 where they raised their 5 children.  Ruth applied for a stenographer position at McClellan AFB and worked there from 1965 until she retired in 1991. Ruth was well loved by her coworkers and supervisors. She was generous with her time and helped everybody! To this day, her coworkers gather together at various restaurants to celebrate each other’s birthdays and other special holidays.

When Ruth was fifteen years old prior to the war, she and her family attended gospel meetings held by missionaries in Manila. They made an impression on her. She attended similar meetings when she arrived in the States with the Dawson family in her early days in San Francisco and continued to do so until she was physically unable. She often expressed her love for the Lord and her thankfulness for His sacrifice.  So many of her nurses and care staff commented on her kind heart and sweet disposition that stemmed from her deep faith.

Ruth had a beautiful operatic soprano voice. When she would sing, she could shake the windows when hitting the upper registers. She often sang for weddings, funerals, gospel meetings, and other social occasions. Ruth was even asked to sing on the SS Monterey as the ship carried her and her family from the Philippine Islands to the United States.

Ruth loved to dance in her younger years, sing, read, sew, crochet, and take pictures. She carried a camera with her everywhere she went! She was an excellent cook and could make magical meals from leftovers. She came from a big, loving, supportive family and created one of her own. Nothing made her happier than being surrounded by her big, noisy, loving family.

Service: Thursday, August 18, 11AM-12PM, with a reception to follow in the reception hall and behind the chapel

Livestream Link: Service will be live-streamed starting 10 minutes before the service. Please contact the family or East Lawn Mortuary for the link.

Friday, August 19, 10AM at Sylvan Cemetery