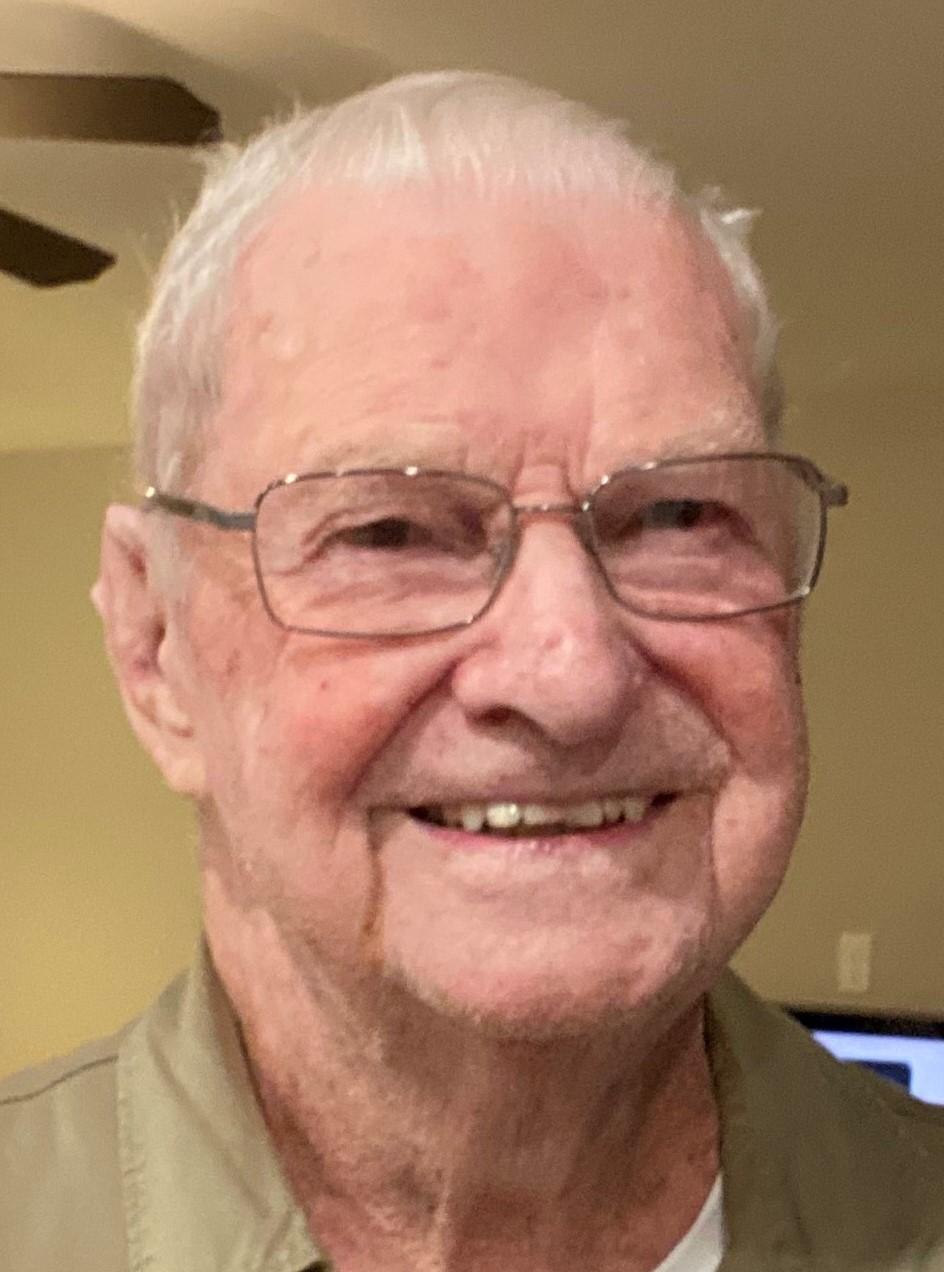 Russell Clarkson Weaver was born March 23, 1921 in Armour, South Dakota. He died at age 99, shortly after Easter Day on April 13, 2020, surrounded by the love of the family that adored him.
Russell is survived by his three daughters and their husbands: Cathy and Robert Monsibais, Nancy and Henry Younce, and Patty and Greg Layne, in addition to six granddaughters, three grandsons, and six great-grandchildren, brother, Charles Weaver, and many nieces and nephews.
He was preceded in death by his beloved first wife, Lorraine Christopherson Weaver, who died in 1994. A few years later, he married Laurel Sederberg, who died in 2017. He always said he was lucky to have been married to two such wonderful women.
Russell grew up in Hollywood and shared wonderful stories of living near the movie studios. As an adult, he lived for many years in Bakersfield before moving to Sacramento in 1969. He spent his career as an auditor for the California Franchise Tax Board, and his accounting skills carried over to other areas of his life. He was organized and meticulous with everything from his tools to his paperwork and he had a file for everything. He was a gifted woodworker and built many beautiful pieces of furniture.
Throughout his life, Russell was active in his community, including the YMCA, St. Paul’s Episcopal Church, and the Sacramento Railroad Museum where he served as a docent for many years. He also loved playing golf.
Russell was the patriarch of our family and the center of our world. He loved his family and he was a genuinely good man, kind, funny, honest and sweet. He was proud of his service in the Navy during World War II and was scheduled to go on the next Honor Flight. We have lost another member of the Greatest Generation.

Services will be held in Sacramento CA.