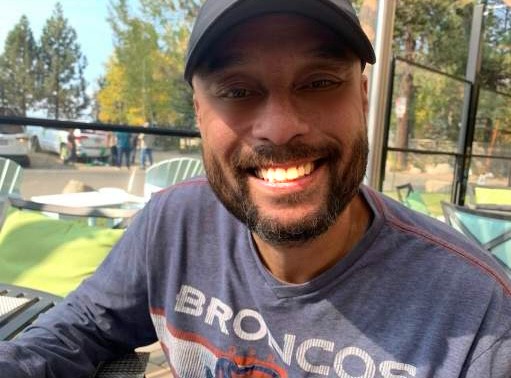 Robert Van Randall passed from this earth on June 20, 2022, after a long battle with liver disease. He is survived by his parents Bud and Tia Randall, sister Shari, daughter Mia, and nephew Sage.

Robert was born on July 11, 1971, in Honolulu, Hawaii, before his family settled in Louisiana in 1977. While in later years Robert would come to be known for his athletic prowess, from a very young age, he was passionate about investigating and creating. As a child, he loved to buy gadgets to study and play with, and he and Shari even created their own language to speak to each other. When Robert was eight years old, he began playing Little League baseball. It would be no shock to anyone to say he excelled in baseball, then soccer, basketball, and football. He outperformed most other kids his age, no surprise again.

In 1985, the Randall family moved to Manteca, CA, and Robert began attending East Union High School, where he joined almost every sport the school had to offer. Robert played baseball, football, basketball, and ran track while at East Union and won all-league in each of them. His athletic skills are legendary, but it was Robert the friend that truly made him a legend. It was there that he made friends and mentors for life. The memories of his genuinely infectious smile, his generous heart, and the kindness and friendship he offered his classmates and peers will always be the greatest gifts he leaves with the Class of 1989, all of EUHS, and to everyone who he came to know.

Upon graduating East Union High School, Robert was offered an athletic scholarship to Sacramento State University in Sacramento, CA, where he majored in business marketing, He continued to make lifelong friends and, of course, dazzle the ladies with his devilish good looks. But Robert’s heart was always found with the court, field, or track, and the Denver Broncos and his idol Michael Jordan. Robert went on to play in the minors across the US and Canada, and eventually a year in Major League Baseball. Following this, Robert began a career working for the Sacramento Juvenile Probation Department for nearly a decade. He then made a career shift to the construction industry, working in the Bay Area as a Construction Superintendent.

In his spare time, Robert would head to his favorite spots in Oklahoma and Colorado to fish and hunt. An avid golfer as well, he was never shy about letting people know about his 7 handicap. But above all, Robert would never hesitate to tell anyone that his crowning achievement—his greatest gift ever given or received—and the love of his life would be his daughter, Mia Alexandra Randall. Robert was a beaming father, proud of the daughter he helped raise and continued to watch grow into the smart young woman he loved more than anything.

In lieu of flowers, a Go Fund Me campaign has been created and can be found at https://gofund.me/fd2c672f, as well as a Facebook Fundraiser at https://bit.ly/3zZwQK9 to help with services and moving expenses of Robert’s belongings to the family’s home in Mississippi.The Randalls would also like to thank all of you for your kindness and support of Robert and the family during his medical battle and this difficult time. A Di Đà Phật