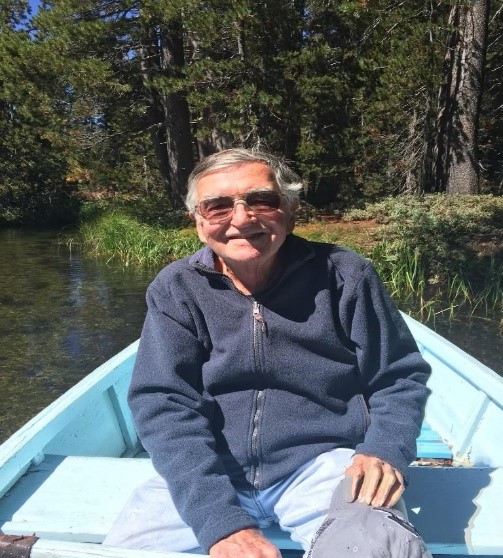 Bob was born in Sacramento, California on January 20, 1943 and peacefully passed away with his family by his side on June 14, 2021. A proud Bobcat of the C.K. McClatchy Class of 1960, Bob received an Associate Degree from Sacramento City College and a Bachelor of Science from Sacramento State. Bob served in the United States Coast Guard Reserve before serving the State of California for 39 years, first as a California State Park Ranger, a CalTrans Right of Way Agent, and then as a Land Manager for the California State Lands Commission, retiring as the Chief of Land Management. Family was most important to Bob. He loved spending time with family and telling stories, hiking, sailing, ocean time with his daughter, snowmobiling with his son, Disneyland with his family, and especially spending time at the family cabin that Bob’s father helped build for his maternal grandparents. Bob was preceded in death by his parents Robert “Ed” Lynch and Elizabeth “Betty” Helen Lynch, and his maternal grandparents Jeremiah B. Lillard (first President of Sacramento City College) and Helen Lillard. Bob is survived by his beloved wife Christina (happily married for 55 years), daughter Tara, son Eddie and daughter-in-law Genevieve, grandchildren Jacob, Zachary, and Rebecca, and his sister Kathleen Jones and brother-in-law William Jones. Bob will be dearly missed by all who knew him.