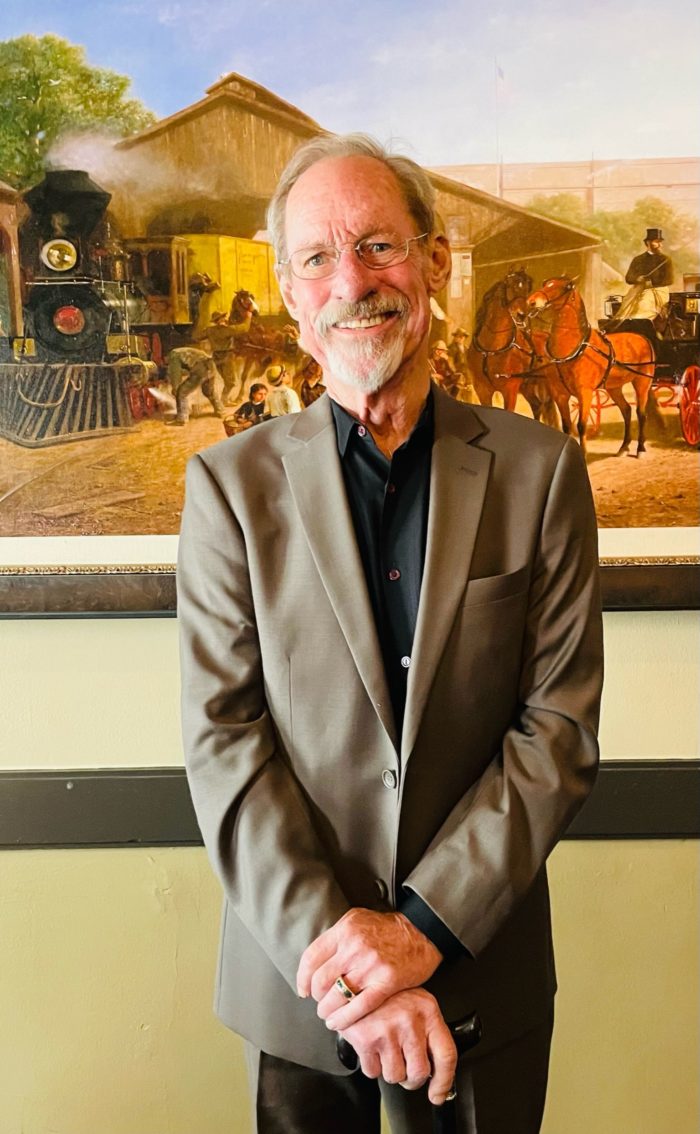 Sacramento California – Raymond Biering passed away on July 5, 2022 at his home in Sacramento after battling cancer for two years. Raymond, or “Ray” as his friends and family affectionately knew him, was born on October 18, 1951 in Colorado. Ray is survived by his wife and best friend, Ruth Biering, whom he met in his first year at Loyola Law School in 1976. Ray is also survived by his son, Brian Biering, daughter-in-law, Alexandra Biering, grandsons, Charlie and Desmond Biering, niece, Tamara Kahle, and nephews, Scott and Tom Biering. He was an optimistic, generous, and caring man who will be remembered as a one-of-a-kind friend, counselor, father, and husband.

Ray grew up in La Mirada, California and spent most of his adult life in San Luis Obispo, California, Ray had an eclectic life experience and resume. In his younger years, he and his close friends, Mike Norris and Jim Salkeld, would have all manner of carefree adventures, especially in summer. He would hitchhike to surf various Orange County beaches, he wore his long hair in a ponytail (to the chagrin of his father), and never missed an opportunity to play his guitar for his friends. He attended UC Berkeley in the 1970’s where he majored in History. He had all manner of jobs in his early years before turning to law. He worked stints as a steel worker, equipment operator, landlord, pharmaceutical salesman, and (self-identified) as a wanna-be logger. He took pride in and devoted himself in full to all of his jobs. He was known to be a “bird-dog” with the rare knack for getting any task done both thoroughly and efficiently. “Do it right” was his motto and model for living.

Ray spent most his work years in the field of law. He was admitted to the California State Bar in 1979 and was a proud, active member until he passed away. He began his legal career in Los Angeles. Shortly thereafter, he moved with Ruth to the Central Coast at the suggestion of their law professor and longtime friend, Lloyd Tevis. Ruth and Ray started a private law practice in Morro Bay. Ray later served as a deputy county counsel for San Luis Obispo County, president of the San Luis Obispo County Bar Association and was active in the local legal community for many years.

Ray practiced in many areas of the law and could resolve a trailer park dispute or litigate a case up to the U.S. Supreme Court. He took special pride in the public service and environmental aspects of his practice. In his role as legal counsel for the San Luis Obispo Air Pollution Control District, he was instrumental in developing laws to regulate air quality in the Nipomo Dunes. As legal counsel for the San Luis Obispo Integrated Waste Management Authority, he was instrumental in the passage of California’s first single-use plastic bag ban. He wrote intelligent and thoughtful legal briefs and published various law review articles with his law professors and his son, Brian. He developed close bonds with his clients, many of whom remained lifelong friends. In addition, he mentored many young lawyers, including those at County Counsel, Adamski, Moroski, Madden and Green, as well as his own son, Brian.

Despite his sometimes serious demeanor, Ray was a sensitive guy who was known to regularly tear up at movies. His sensitivity led him to befriend many people, irrespective of their station in life. He was generous with his time and advice and would offer help or guidance to anyone he felt was in need taking to heart his responsibility to help those less fortunate than himself. He was also kind to his animal friends and lovingly cared for numerous pets and strays over the years. He is sorely missed by the last stray cat he rescued, Bobo.

Ray loved all types of music and loved exposing his friends and family to new music. He was a pianist, guitarist and enthusiastic singer. He would not miss a chance to see an obscure rock or folk group with his friends, wife or son. Ray was a member of a local band, the Walter Beeyt Project, thanks to his longtime friend and bandmate, Alan Deckel. He also loved college sports (Go Bears!) and would often recount the “rivalry” games he attended with Brian in Berkeley and Eugene (University of Oregon; Go Ducks!)

Above all else, Ray’s family held a special place in his heart. He was incredibly proud of his son, Brian, and they remained close his entire life. Ray relished any opportunity to see his grandsons, Charlie, who he affectionately called “Chaz,” and his younger brother Desmond. He was a lifelong partner to law-student cohort, girlfriend, colleague, wife, and best friend, Ruth. She was and is his best friend, confidante, and true-love.