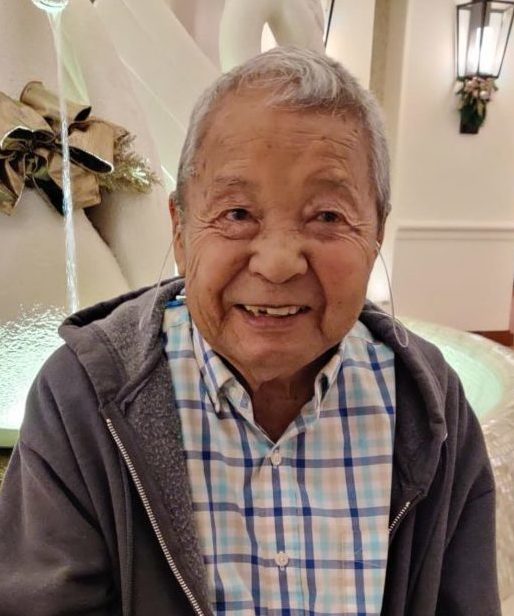 After living 97 years, Ray Nakahara died on July 23, 2022. He was a quiet and thoughtful person. Family was most important, especially his late wife Keiko (“Nancy”); son Clifton and his wife Maria; son Dayton; and particularly his granddaughter Daphne. Ray and Nancy were married on July 31, 1955.
Ray grew up during the Depression of the 1930’s in a family working with farming and farm labor. During WW2, he and his family were sent to a relocation camp at Poston, AZ. Ray served in the U.S. Army, traveling to Asia during the Korean War, and then worked for the U.S. Post Office in Sacramento before returning to farming. He raised crops such as tomatoes and safflower before transitioning to landscape/gardening. For some clients, he provided services beyond what was typical, including house sitting, an alarm responder, caring for house plants, and pool maintenance. He continued some work beyond 90 years old.
He fully participated in gatherings and conversations where he spoke succinctly and was a great listener. He was generous with what he had and with his time. Although much of his work required much physical labor, he always spent time with his sons, mostly playing cards, Monopoly, and Yatzee when they were young. With his wife Nancy, they attended their sons’ school events such as band concerts, plays, and fundraisers.
Ray and Nancy always took vacations with their young sons. In their later years, Dad and Mom especially enjoyed multiple visits to Hawaii, Seattle, Los Angeles, Disneyland, and Disney World. Among his last (pre-Covid) trips was to sightsee with Dayton around Washington, DC.
Health limitations eventually forced him to move from his home in to care provided by Clifton and Maria in their home. His final residence was at a Community Care Home.