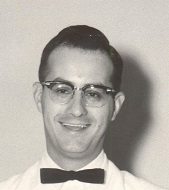 Milford “Nick” Everett went home to be with the Lord on August 17, 2020. He passed away at Mercy San Juan Hospital due to heart failure. What a surprise because he had the biggest heart in helping people. Nick was born in Weissport, Pennsylvania. He was the oldest of three boys. Nick entered the Air Force in 1950 and shortly met Dorothy, “Dotti” in 1951. After being stationed in many places they eventually settled in North Highlands, California. Nick was Dottie’s rock and armor. He worked three jobs to support his family and all their needs. He had a huge heart, was always available to help out and volunteered at many places. He also loved making steak meals at the VFW. Nick was enlisted in the Air Force for 20 years as a food service supervisor. In 1968 he received the Hennessy trophy for outstanding dining room along with many other awards and certificates during his career. Retiring from the Air Force as a Master SGT in 1970, he then worked 20 years in civil service retiring in 1990 as a G-S12. Nick was part of the NCOA, VFW, Elks and a member of the chapter 1322. Nick is survived by his wife of 68 years Dorothy Everett, his four children; Charlene, Cheryl, Michael and Darren. He is survived by his brother Arly; sisters, Phyllis Zaraza and Valance Weidner, along with many nieces, nephews, grandchildren and great grandchildren.We all will love you and miss you Nick. In lieu of flowers, donations may be made to American Cancer Society. Visitation will be held on August 27, 2020 from 4 pm – 8 pm. The graveside service will be held on August 28, 2020 at 10 am. Both will be held at East Lawn Mortuary, 5757 Greenback Lane Sacramento, California.