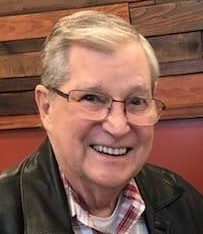 Michael G Miller, 81, passed away peacefully at home on August 10th. Michael was born in Queens, NY, the son of George and Geraldine (Reynolds). He moved with his family to Sacramento, CA during WWII.
Michael was an avid golfer and bowler in his younger years, achieving the elusive hole-in-one and 300 bowling score. He met many life-long friends as a member of Sacramento’s Active 20-30 Club. In later years, Michael enjoyed flying remote control airplanes and the camaraderie he experienced as a member of the Sacramento Area Modelers Club. Michael will also be missed by the friends with whom he frequently spent time at his favorite local establishment, The Brickhouse.
Michael is survived by his sister Marilyn (Paul) and his brothers Marc (Suzie) and Merrill (Julie), as well as many nieces, nephews, great nieces and nephews, and 3 great great nieces and nephews.
Michael was lucky to have two loves of his life who predeceased him, Monte Jean (Rowett) and Eileen (Plazek), as well as his dear oldest sister, Peggy.
Special thanks and gratitude to Michael’s niece, Michele (Tony) and nephew Kevin (Virginia) and long-time caregiver Amelita McCoy who provided physical and emotional support to Michael during his last few years.
A graveside service will be held on Tuesday, August 23rd at 10am at East Lawn Elk Grove Cemetery, 9189 E. Stockton Blvd, Elk Grove, CA.

A graveside service will be held on Tuesday, August 23 at 10am at East Lawn Elk Grove Cemetery. 9189 E. Stockton Blvd, Elk Grove, Ca