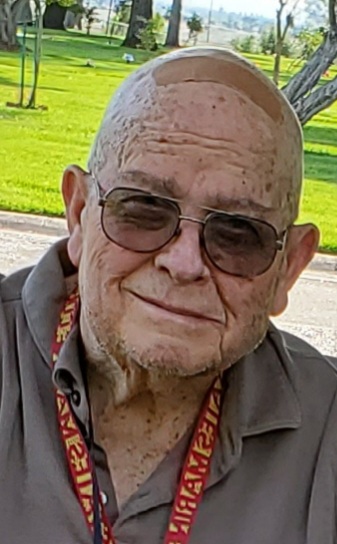 Michael Barry Hearne of Carmichael, CA passed at the age of 78 to his God on August 25, 2020.  Mike was born January 22, 1942 to John and Virginia Hearne in Albemarle, North Carolina.

Born into a military family, Mike was proud to serve his country with six years in the Marines including two tours in Viet Nam. He had nightmares about the war but always thanked God and credited 1LT Augusto Xavier (listed on the Viet Nam War Memorial) for saving his life.

Mike met the love-of-his life, Virginia Beth, when he moved to Sacramento. The two were members of the Mother Lode Bulldog Club for more than 30 years making many friends and competing in dog shows with their spoiled champion bulldogs.

Mike retired from the VA Hospital at Mather Field as a maintenance mechanic where he served as a Union Steward for more than 20 years. He stayed friends with his co-workers and continued to belong to the AFGE Union.

Mike dearly loved North Carolina but, with a father in the military, he was able to have many experiences. Toward the end of his life, he reminisced about a few: eating chili hot dogs from Lefler’s Café in Albemarle, picking pickles out of a barrel in a deli in New Jersey, watching some of the first rocket launches at Cape Canaveral, sledding in Newfoundland, watching the sun set over a lake in Michigan and competing at the Woofstock Dog Show.

Mike will be interred with military honors at East Lawn Memorial Park.  In lieu of flowers, the family asks you to make a donation to the Disabled American Veterans organization. Semper Fi, Mike. We love you.