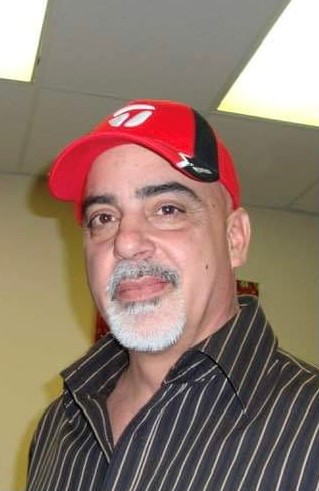 Michael Anthony Vicens was born May 2, 1960 in Taipei, Taiwan. Michael is preceded in death by his mother, Irmgard, and father, Santos. Michael is survived by his son Michael, grandchildren Victoria and Michael, sister Linda, brothers Santos and Christopher, as well as his nieces and nephews. Michael was son of a German mother and Puerto Rican Veteran father. Family and sports were Michael’s passions in life in which he shared onto his son. At a young age he was a natural athlete and could shine at any sport with little effort. Baseball was definitely his biggest passion though. As time went on Michael loved to coach and teach unto others the passion and heart that he had. He loved kids and watching them grow. Michael was a giant kid himself loving to have fun, share stories, go on adventures, and to eat sweets! He impacted the lives of so many and influenced the upbringing of not just his only son who was his whole world but also his nieces, nephews, grandkids, as well as many other members and kids in the community. Michael loved to play and laugh with his grandkids, play time was every-time Grandpa was in charge. His last days were spent teaching them baseball and golf having them hitting balls into a net in the back yard. He will be severely missed by his family but his stories and memories will live on through us.