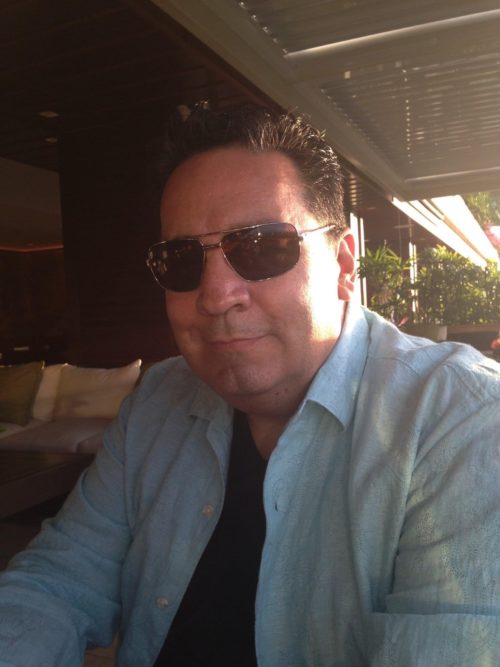 Matthew Andrew DeGuero, aged 58, passed away peacefully after losing his battle to kidney failure. He was predeceased by his parents, Edward & Irene DeGuero and his sister, Theresa DeGuero.

Matthew grew up in San Leandro, CA where he attended Marina High School class of 1982 (last graduated class).  He moved to Roseville over 30 years ago.  He married Yvette Saroberry DeGuero aka ‘wife’, on February 5, 1994.   A year later on April 21, 1995 they welcomed their daughter, Izabella ‘Izzy’ Irene DeGuero aka ‘kiddo’.

Matthew’s passion with his family was Disneyland. His favorite character from when he was a little boy is Donald Duck.  His passion for Disney was transferred to his wife while they were dating which led to a collection of sorts and numerous visits to Disneyland. This passion was immediately brought to Izabella with her first Disneyland trip at 5 months. The love of Disney even extended to the family dog a Sheltie Sheepdog, Tinkerbell aka Tink.

Another family passion is the love of Hawaii which began with Matthew and Yvette’s Honeymoon and additional visits which included Izabella.

Besides his passion for Disney and Hawaii with his family, he loved his cars and specifically his 1968 Dodge pick-up. This passion included numerous nights ‘til early am refurbishing the pick-up to its beauty it is today. Entering different Mopar in the Park car shows and receiving trophies for best in show.

His mom always said ‘he has the gift to gab’ and with that ability and his demeanor he excelled as a Family Counselor at East Lawn Memorial Park. This passion to serve the people which he made clear ‘we are here for the people’ created long time friendships with clients who have become family and even reunited family. His passion was not only with his clients but the connection he had with co-workers who have become long-time friends.

The family requests those who wish to express their thoughts to consider making a donation to American Diabetes Association or National Kidney Foundation.