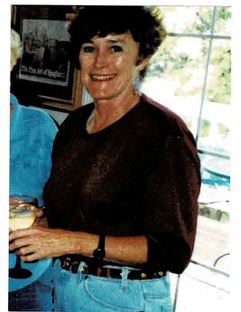 Some people leave the world unchanged. Maryanne left this world a better place. Her enthusiastic charm and loving personality enriched the lives of her many lifetime friends as well as her scores of clients. She is missed by many. Maryanne’s life began in Deer Lodge, Montana on July 18,1935 and ended in Newcastle on September 8, 2022.

Maryanne spent her childhood in Montana and Washington where she developed a love of the outdoors and sports, especially swimming which continued throughout her adult life. Following the death of her father, she moved to Sacramento in 1951 where she added marathons and snow skiing throughout the western states and Canada. With her partner Richard Everett, she enjoyed backpacking, hiking and extensive travel including Russia, Tibet, Australia, New Zealand and many others. Climbing Mt. Shasta was one of her proudest outdoor accomplishments.

Maryanne graduated from St. Francis High School in 1953 where she served as student body president and was valedictorian. She was in Sacramento State’s first freshman class where she earned her BA degree in 1957, and a Masters of Social Work from Sacramento State University in 1977, while married, raising two active boys and running a busy household. She enjoyed a successful career with Sacramento County working as a supervisor in the Child Protective Services Department. During this time she was part of the Cabaret Girls group who performed singing and dancing routines for many events. While working for the county, she earned her Marriage and Family Therapist license and Clinical Social Worker credentials, and developed a private practice, which she continued following retirement from the county in 1995.

Maryanne was preceded in death by her son Brian Hintz and sister Cathleen Barr. She is survived by Richard Everett, her partner of 35 years. He devoted himself to Maryanne’s care during her 12-year battle with Alzheimer’s disease. She is also survived by her son Eric Hintz (Rhonda), her sisters Sheila Butler and Sue Siler, Nephew Dan Ingolia (Nora), 4 grandsons and 9 great grandchildren.

A funeral mass will be held at St Joseph’s Catholic Church, 9961 Elk Grove Florin Road, Elk Grove on October 12th at 11:00 am, followed by a reception.

Join us at St. Joseph's Catholic Church for a mass in honor of Maryanne Lynch