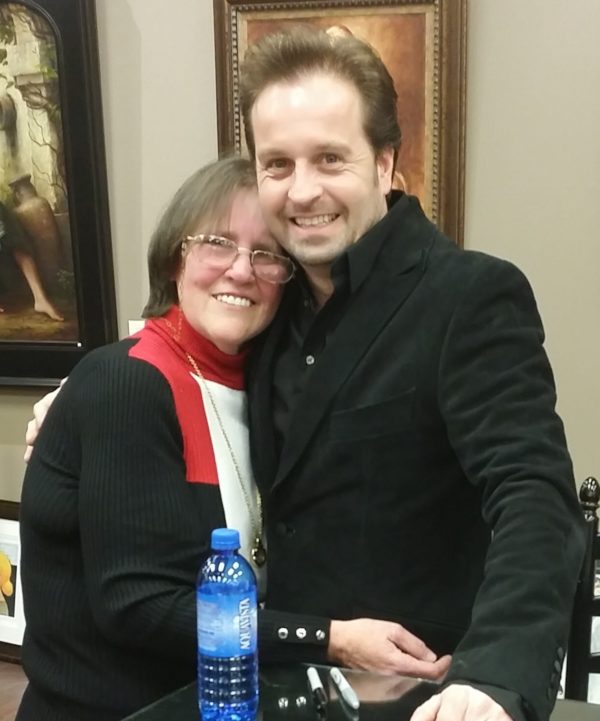 Marcia Ann Studley of Sacramento, passed on July 19, 2022, as a result of cancer.  She is the daughter of George and Lucyle Studley, who predeceased her, and sister of Diane Studley, the surviving family member.

Marcia was eclectic in what she did in her life.  Her ultimate aim was to give love and be in loving connection with others. She graduated from El Camino High School, American River College, and attended Brigham Young University, coming up just short of a degree there. She went on to work in insurance, retail customer service, and did a handful of other “outside” endeavors in which she found interest.  Marcia had a passion for travel, writing, and her dogs.

Some of her travels took her into Australia, across the Panama Canal, to Hawaii, England, and other places across America. She was an avid Fan Club leader and participant for several actors.  First was Robert Fuller, who played Jesse Harper in the television western Laramie, Cooper Smith in Wagon Train, and Dr. Kelly Bracket in Emergency; second, was Patrick Swayze of Ghost and Dirty Dancing fame; and third, was Alfie Boe, who played one of the Jean Valjean’s in Les Miserables with his beautiful tenor voice.  She appreciated so much their depth of humanity as individuals, that went far beyond their “actor” roles.  These traits are what held these actors in her heart, as she interacted with them in person, especially when Robert Fuller visited our family at our home.

Marcia did a number of types of writing over the years in the local community paper and in small journals, where she felt free to express her views on current affairs. In the later part of her life, she began a pursuit called “fan fiction,” which is a creative enterprise, based on the fictional characters coming from known movies.  She extended these characters into further fictional lives, always expounding on themes that were positive, welcoming, and accepting of differences.  Her site has almost three-quarters of a million viewers, and many have expressed their appreciation to her for her writing.

Our parents were from a small town and a country village.  They were smart, and they were meek.  They came from that greatest generation, who simply worked hard for what they had and never complained about it!  We were reared without prejudice and without greed for that which we did not have.  Clearly, both of our grandparents were “poor,” but we never knew it.  Rather, we loved to run across fields without fences, catching the fireflies, watching our grandmothers harvesting their crops or doing their master gardening. We loved our family conversations, our dogs, and doing things like the time we went to Las Vegas to see Barbra Streisand at the MGM Grand in 1994. This foundation is what was carried throughout our lives.

To my sister, thank you for sharing the ride of life with me.  You kept the flame of that focal point provided by our parents.  It is seen in all of your writing and in your love for your dogs. Tessa and Gracie miss you.  But, don’t worry! I have them in my arms, as promised.  Remember what Jack said to Daniel, “Go to your happy place!”