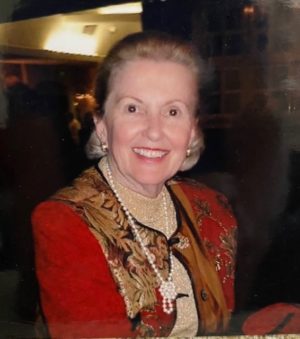 Laura Wiley Haynes Mering passed away peacefully on October 7, 2020 at the age of 90.

Laura was a fourth generation Californian, born in Merced, California, January 7, 1930.  She moved to Sacramento in 1931 where she attended local schools.

She was a former member of the Sacramento Junior League, served on boards of the Sutter Hospital Auxiliary, Hearing and Speech Society and Sacramento Board of the American Contract Bridge League.

Bridge was her passion and she became a Life Master in 1968 and continued to play until her death.  She played duplicate, with friends and online.

She was known as a ‘care giver’ by family and friends who called upon her during their time of need.

Laura worked as an Office Manager for R.G. Bradley Investments for 18 years before her retirement in 1992.

There will be no services at her request.  Memorials may be made to the Sacramento Children’s Home, Fairytale Town or a charity of the donor’s choice.