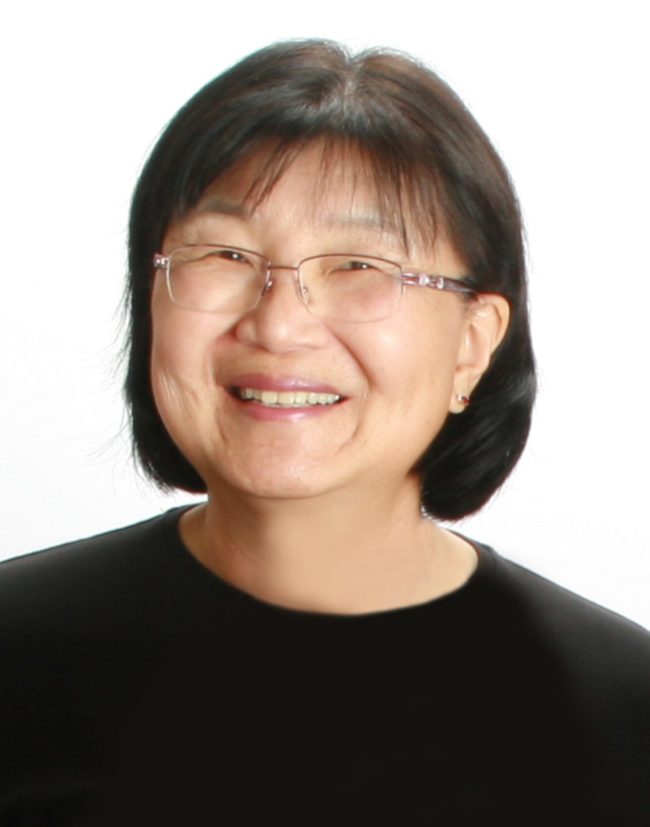 Kathleen Lin Oi Yee was born in Honolulu, Hawaii on December 6, 1945. She died September 2, 2022 after complications of intestinal surgery. She was preceded in death by her loving husband Benjamin Yee and her parents Kim Sen (Jerry) and Hilda Pang. She is survived by her sister Toyie Yonemoto, brother-in-law Gary Yonemoto, daughters Jennifer Scanavino and Stephanie Yee-Guardino, their husbands Robert Scanavino and Jason Guardino, and her three grandchildren Sofia, Vinny, and Lucia Guardino.

After graduating from USC (“fight on” she would say while holding up her 2 finger salute), Kathy had a lifetime career working for the Internal Revenue Service as a corporate auditor. She was highly regarded and respected for her knowledge and meticulous attention to detail. She was always a reliable consult for family and friends with tax questions.

Kathy retired early so she could spend more time and travel with Ben. Kathy was a loving wife, and cared for Ben who lived many years with Alzheimer’s Disease. She applied her knowledge as a caregiver into volunteering countless hours at the Alzheimer’s Association. Many of these hours were spent on the phones, advising other local families and caregivers. She appeared on TV and in print, always happy to represent what became her favorite charitable group. Kathy also raised thousands of dollars for the association by supporting their Walk to End Alzheimer’s, every year she would captain her fundraising team called “Ben’s Ohana”.

Those who know Kathy know she loved to travel – she had visited every continent except Antarctica, which was actually planned but cancelled due to the pandemic. She and Ben were both adventurous, and enjoyed seeing new places and cultures, collecting travel buddies along the way. Kathy’s most recent trip was a second safari to South Africa in July, where she had wanted to return and bring her kids and grandkids. Of all the trips she had taken, she said this was one of the best.

Kathy enjoyed meeting with friends and neighbors, playing bridge, eating dim sum, attending musicals as a season ticket holder, watching NBA basketball as a Laker and Kings fan, enjoying a Starbucks drink or In-N-Out burger, and traveling back to Hawaii to visit her family and enjoy the local foods. Above all, she loved being Popo to her three grandkids. She especially loved cooking for them and they counted her chow fun, chow mein, spam musubi, hot pot, and sticky rice as their favorites. And we all looked forward to her Christmas time treat of homemade caramel corn.

Services will be held at East Lawn Mortuary in Elk Grove on September 17, 2022 at 10am. Lunch reception to follow at noon at the residence of Jason and Stephanie Guardino. In lieu of flowers and gifts, please consider donating to Kathy’s 2022 fundraising team “Ben’s Ohana” to benefit the Northern California Alzheimer’s Association.

Services will be held at East Lawn Mortuary in Elk Grove on September 17, 2022 at 10am. Lunch reception to follow at noon at the residence of Jason and Stephanie Guardino.