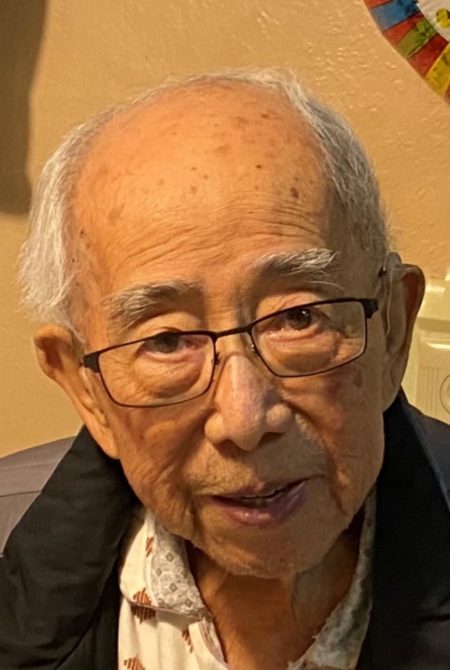 Karl C. Fong, 90, passed away at his Sacramento home on August 16, 2022. Karl was born in Canton, China, June 1, 1932. The only child, he was preceded in death by his parents Ying Lai and Yee Poy Woon Fong. He is survived by his beloved wife, Lily Lai Shim, his five (5) children – Dameia, Fay Wong (Frank), Norma Mori (Tom), Raymond (Cynthia), and Amy; three (3) grandchildren – Matthew Hester, Melissa Villegas (Jorge), and Sara Saelee (Lou), and two (2) great-grandchildren – Olivia Villegas and Cole Saelee.
Karl was raised in Toisan, China and graduated from Pui Ching Middle school in Macao, which he enjoyed sharing stories of his childhood with his family. When his family immigrated from China to the United States where they settled in Sacramento. He continued to expand his interests in learning new skills where he worked on sound systems at some local markets, worked at Sight and Sound with a longtime friend; and he attended Sacramento City College and took courses such as automotive repair and electronics.
Karl was family oriented and very devoted to his family. He worked hard to provide and support his wife and family. He retired from McClellan AFB in 1994 after nearly 40 years. He loved to travel and enjoyed photography, playing Freecell and Solitaire on the computer, dining and spending time with his family and friends.
A longtime member of the Soo Yuen Benevolent Association, during his tenure he held many important positions and was a very active and valuable member, and later became an advisor for many years thereafter. He was involved in the Pui Ching Alumni Association in Sacramento and San Francisco.
Karl was a caring, generous, and giving man to family, relatives, friends, and neighbors and truly made a lasting impression to all who knew him.
Karl will be missed dearly by his family and his many friends.