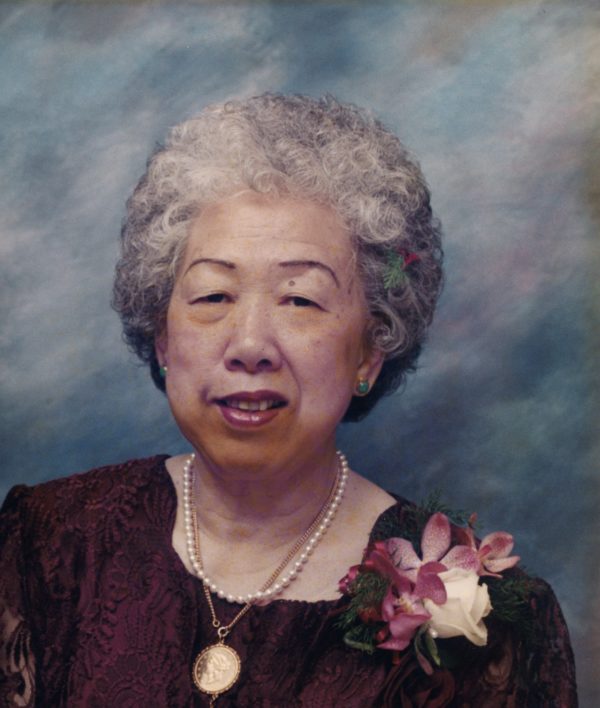 Judy Y. Fong, aged 93, peacefully entered into eternal rest September 7, 2022 with family by her side in Sacramento, California.

Judy was born on September 26, 1928 in Canton province, Toisan County, Wah Joke Lee China to her parents Yee Man Lop and Wong Ngan Yau. She was the youngest of six children which consisted of a brother and four sisters. She was doted on by her father when she was young but he immigrated to the United States. While he was in the United States, her mother betrothed her to her future husband, Wong Ting Fun (John C. Fong) in 1947. John had returned to China from the United States to visit his family and his mother decided it was time for him to settle. John and Judy were married at the U.S Consulate in Canton China on July 29, 1947 and prepared to return to the United States.

There was a change in plans and Judy stayed in China while her husband returned to the United States bringing his two younger brothers instead. She was able to leave China and entered Hong Kong on May 28, 1953. It was not until 1954 that she would be re-united with her husband.

She settled in Peoria Illinois with her husband and in-laws and helped work at the family business, the Bamboo Inn. There she learned a new culture and adapted to a completely foreign way of life while starting a family. She raised eight children while in Peoria and tried to help them fit in with a culture that was strange to her. Helping her children with creating Valentine’s Day boxes and cards, dressing the kids in costumes for Halloween, attempting to help with the kids ABCs, and other school activities all the while not being able to speak, read, or write English.

Judy relocated with her husband and family to Sacramento California in August of 1972 so that the family could be closer to their grandparents and other relatives. In May of 1973 she was blessed with her ninth child and third daughter. As if now being a full-time mom to nine children was not enough, Judy started working summers at Hunt-Wesson cannery. She worked there until she retired in 1990 to help take care of her growing brood of grandchildren.

In retirement Judy was active within the community and enjoyed her ma-jong nights with friends and relatives, trips to Hong Kong, China, and Hawaii; the large family get-togethers cooking gai-dew and gee-gek thon, and especially all the special holiday celebrations filling her home with talk and laughter.

She was preceded in death by her loving husband John Fong and eldest son Lim Fong.

All whom loved her dearly will never forget her tenacity, wit, charm, grace and undying love and caring for them.

A Celebration of Life Dinner will be held following the internment services at: