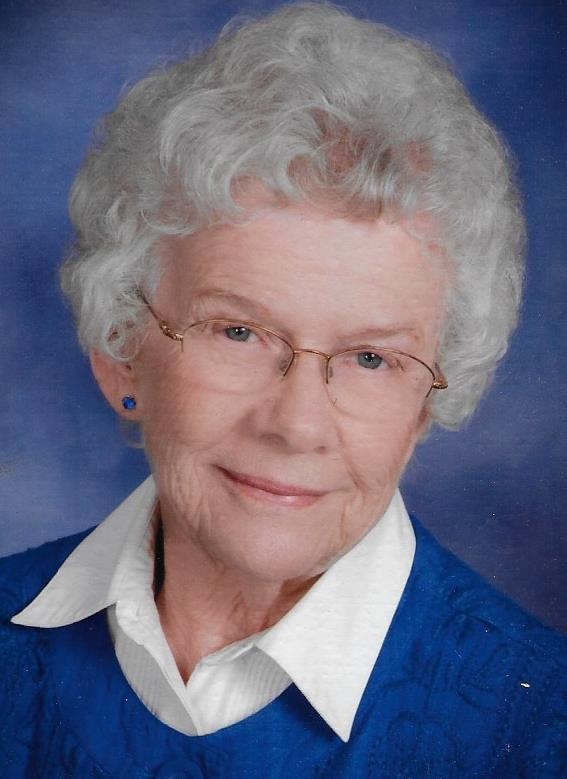 Joyce Flint Childress, 96, passed away peacefully on May 23 in Orangevale, California. She was born Joyce Eileen Jarl in Grove City Minnesota to Frank and Esther Jarl. After high school, Joyce moved to Washington DC to join her sister, Gladys, and brother-in-law Richard, where both she and Gladys worked for the Census Bureau. It was through a chance reunion on a street corner in Washington DC that she met her future husband, Al Flint, a former Grove City teacher. Al was being decommissioned from the Navy. A budding romance led to their marriage in St. Paul, Minnesota on June 8,1946. Once married, they  moved back to Grove City where Al resumed teaching and he and Joyce started a family. Their family grew to 5 children as they moved on to Pipestone Minnesota and Sacramento California. Sadly, this marriage was cut short when Al passed away in 1980.

Joyce later married William Childress, to enjoy a whole new life. Bill and Joyce traveled the back roads of California and beyond. Joyce was Bill’s sidekick and assistant, he being an avid photographer. They enjoyed visiting grown children and their grand and great grandchildren.

Joyce put her whole heart into whatever she did. In Sacramento, while raising 5 children, she attended junior college and became a skilled seamstress and tailor. Her daughters never went for wanting of custom designed dresses and she designed an amazing array of square dance dresses while she and Al enjoyed that activity for many years. For about 65 years, Joyce was an active member of Fremont Presbyterian Church. She attended women’s Bible Studies, served as a deacon where she was a companion to many “shut ins”, helped organize clothing for the needy and wrote many letters of encouragement. Her kindness and care extended beyond the church. She was not “just” an award-winning Avon Representative; she was a counselor and friend and offered help to customers and neighbors as needed. Her gracious, loving demeanor continued into her later years when she became the one being cared for.

Joyce will be remembered at a graveside memorial at East Lawn Cemetery on Greenback Lane (near the I80 entrance) on August 27 at 10 am. Joyce was preceded in death by both parents, her brother Leroy Jarl, sister Gladys Daby and husbands Al Flint and William Childress. Her life will be forever cherished by her daughters, Carol Yeager, Jan Vlahos, Peggy Flint, Vicki (Charles) Young, and son Timothy (Becky) Flint. her 9 grandchildren and 9 great grandchildren and many others touched by her kindness and generosity.