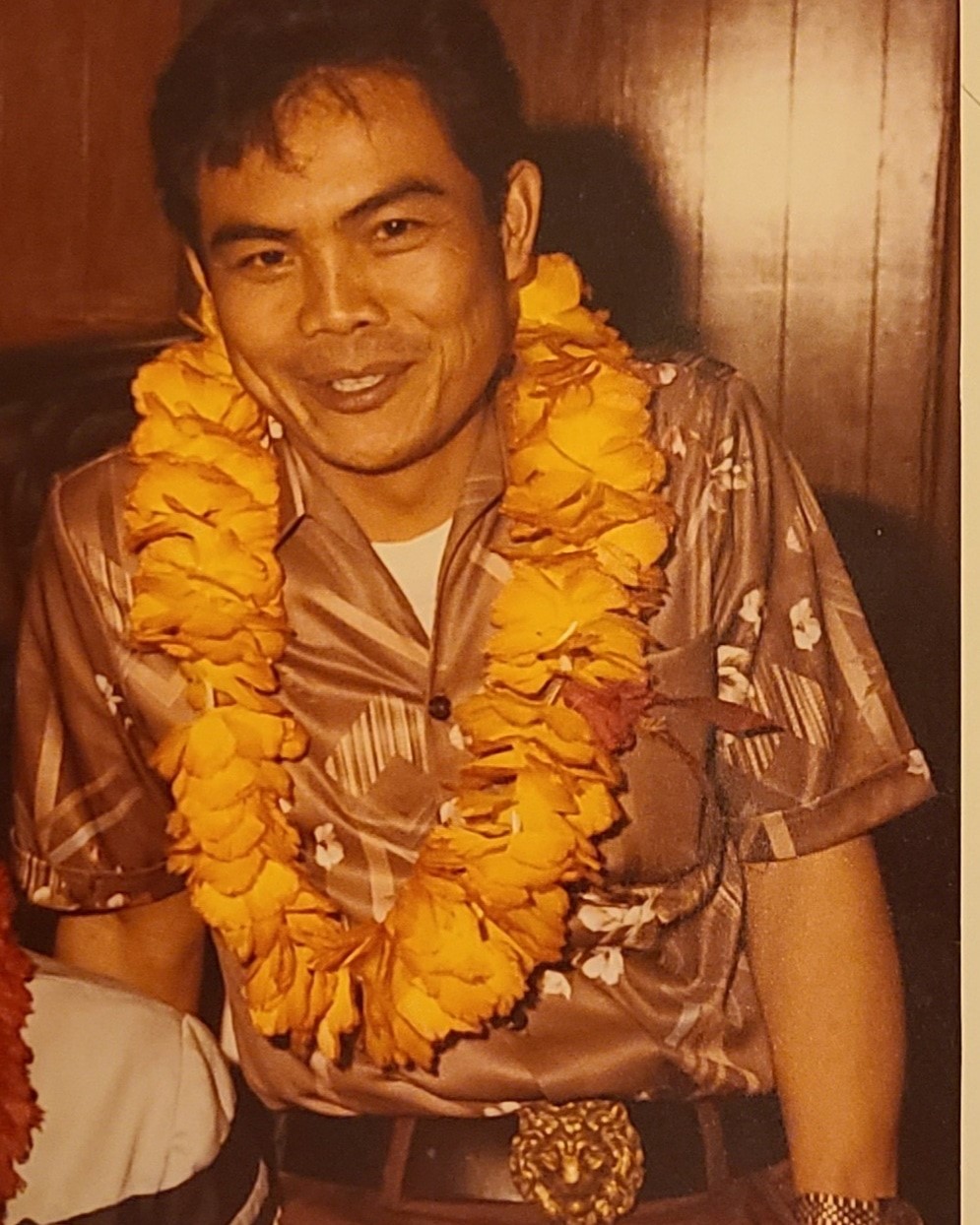 John Billong Lingbaoan went to be with his Father in Heaven on December 14th, 2020 at the age of 77. A man born into deep poverty to Mariano “Smokey” and Eugenia “Kenya” Lingbaoan in Esperanza, Philippines, John made a life for himself that seemed unimaginable. He is survived by his beautiful, intellectual wife of over 50 years, Miriam Basillo Lingbaoan. They brought into the world their son Eugmar (Miranda) Viechec-Lingbaoan and daughter Lisa (Douglas) Stephan. The couple also raised their nephew and niece, Neptune (Koji and Kara) Lingbaoan and Tita (Lance) Lingbaoan Tannoia and loved them as their own children. John was well known for the adoration and love for his grandchildren Caelev and Leia Stephan to whom he passed on immeasurable values and virtues. He is also survived by his loving, selfless sister, Lina Lingbaoan (Gregorio) Fantillo, who helped care for him toward the end of his days here on Earth. Through faith, determination and the ticket of opportunity from the U.S. Navy, John enlisted and served in the Vietnam War and remained loyal to the U.S. military for 20 years. He went on to become a Correctional Officer and medically retired from Folsom State Prison. John had an unwavering faith in Christ. He and Miriam welcomed many people into their home throughout the years and gifted countless individuals with an education. John received God’s blessings and in turn gave to those who were in need. He was a mentor to so many. He will be remembered as a man of immense faith and God-given strength. John went from wearing only underwear to school to completely shifting the trajectory of many other lives. His legacy will never be forgotten as he looks down upon all of us with His Father in Heaven. Rest in peace Pedot, Johnny, Honey, Dad, Uncle Popeye, Grandpa.