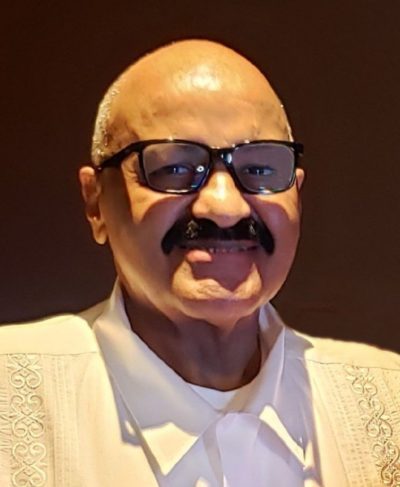 James Dennis Thorntona was born on September 9, 1946 in Sacramento, California and passed on June 5, 2020 at the age of 73. He was the eldest child of Jimmie and Polly Thorntona and is survived by his wife Gloria of 42 years, two sons: Roman and Jason, two daughters: Angelina and Alicia, seven grandchildren, two great-grandchildren, siblings: Sandra, Pamela, Timothy, sister-in-law Christine and numerous nieces and nephews. He was preceded in death by his siblings, Charles and Deborah.

Jim attended Sacramento High School where he was named All City Linebacker then continued his education at Sacramento City College until he was drafted into the U.S. Army in February 1966. While stationed at Fort Campbell, Kentucky, Jim became the Golden Glove Boxing Champion. Shortly after, he was given orders to serve in Vietnam. During his military service, he was awarded a National Defense Service Medal, Vietnam Service Medal and Vietnam Campaign Medal. In addition, he was rated as an Expert (Rifle), he earned his Parachute Badge and became a member of the 101st Airborne Division called The Screaming Eagles. After his honorable discharge in June 1968, he returned home to live in Sacramento, California where he continued his college education, began to work, and start his family.

He was a loving husband, father, grandfather, great-grandfather, brother, uncle, and friend who always put others first. His heartfelt kindness touched many lives. He will be greatly missed but never forgotten. He will forever be in our hearts.