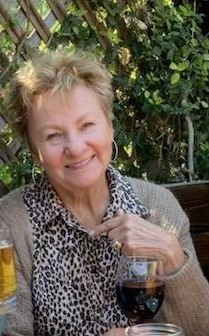 On March 22, 2022, the Heavenly Father called Gail to his eternal home in Heaven.  Gail was born October 18, 1940, in St. Cloud, Minnesota, the oldest of three children born to Lester and Velma Rieck.  The family sold their farm near Maple Lake, Minnesota and relocated to West Sacramento, California, in 1956 where Gail graduated from James Marshall High School.

On January 12, 1985, Gail and Leon Raglen were married by Pastor Thomas Franzmann at St. Mark’s Lutheran Church in Citrus Heights, California. There they continued as faithful members and Gail actively served on the Altar Guild.

Gail retired from the State of California with 30 years of service, including 11 years as an Administrative Assistant in the Executive Office of Governors George Deukmejian and Pete Wilson.  She and Leon moved to Sun City Roseville in 1995 where she joined the Sierra Pines Ladies Golf Club and became an avid golfer, also dedicating her time in various committees with the club.

Gail was a loving wife, mother, grandmother and friend to many, and her unwavering faith in God guided her throughout her life.  She will be missed dearly.

In lieu of flowers, Gail was a contributor to the Wisconsin Lutheran Seminary. To offer a donation, please go to https://community.wisluthsem.org