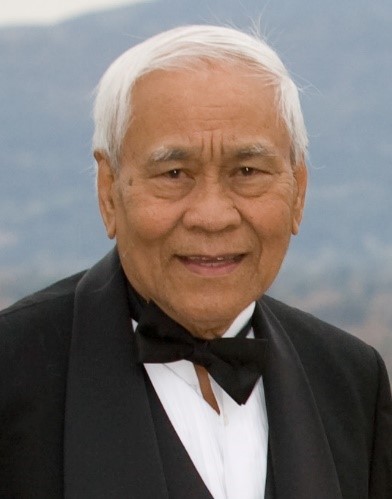 Faustino Savella Agutos Sr., age 89, went peacefully to be with his Lord on Friday, May 27, 2022, at his residence in Elk Grove, California, surrounded by his family.  He was born in Daclapan, Cabugao, Ilocos Sur, Philippines to Rosalio and Leona (Savella) Agutos (both deceased).  He graduated from Cabugao Institute in 1953 and joined the Cabugao Police Force right after high school graduation.  He married the love of his life, Aurora Aganad on November 19, 1956.  In search of greener pastures, he moved his family to Manila.  He worked at ItemCop in Mandaluyong from 1960 to 1976, before landing a job at the Personnel Department of the Commission on Audit in Quezon City from 1977 to 1983.  He always wanted to give the best future to his family and achieving the “American dream” was his only option.  With the sponsorship of his late sister, Felicidad Agutos Vivit, he then immigrated to USA in August 1983.  He worked at IBM in San Jose and Best IC Laboratories in Sunnyvale before deciding to retire in Elk Grove.  He enjoyed fishing, gardening, visiting, and giving haircuts to elderly home-bound relatives and friends, and driving his grandkids to/from school.  He loved singing, playing the guitar and dancing “tango” and “cha-cha.”