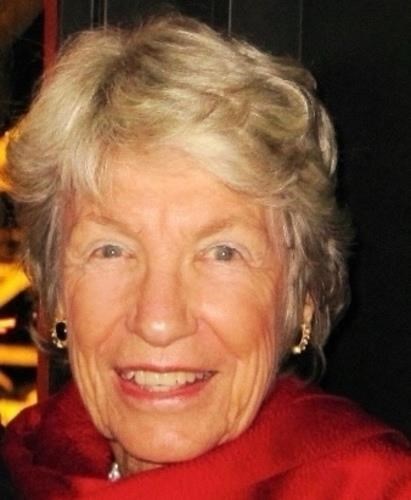 Dorothy Lien
October 31, 1930 – June 26, 2022
Sacramento, California –
Dorothy Pierson Lien, born to Dorothy and Stanley Pierson in Los Angeles, California on October 31, 1930, passed away on June 26, 2022 in Carmichael, California. Dorothy is survived by her brother Pete Pierson, son Mike (Darcy), grandchildren Amber Carruth (Judah), Siena Di Roma, son Tim (deceased 7/20/22) (Kim), grandchildren, Matt Lien (Michaele), Taylor Lien (Lauren), and Lori Lien and great grandchildren Parker and Landon Carruth, and Hudson, Parker, Jase and Mila Lien.
Dorothy’s mother and father moved to Sacramento in 1934 and the Sacramento area remained her primary home the rest of her life. She graduated from Sacramento High School and Sacramento Junior College, then continued her education at UC Berkeley, where she graduated in January 1952. At Cal she was a member of Delta Gamma, made many life-long friends, and on a blind date, met fellow student and future husband, Norm Lien.
Norm and Dorothy married immediately following her graduation from Cal and settled in Sacramento. Dorothy taught English for several years before she and Norm grew their family; Mike was born in 1956, Tim arrived one year later. Dorothy retired from teaching, kept the books for the family business and remained socially active with membership in the Junior League and as a Crocker Art Museum docent.
As a child, Dorothy’s parents introduced the family to Seabright Beach in Santa Cruz. She and Norm loved the area and continued vacationing there throughout their lives. After decades of renting, in 1982 they built a vacation home in Seabright, which they enjoyed with their children and extended family. Dorothy and Norm loved traveling the world together, returning often to their favorite places â€” Paris, New York, and Maui. Dorothy chronicled their travels in detail, becoming a trusted resource for friends and family for what to do and where to eat anywhere in the world.
Dorothy and Norm also loved to entertain. Dorothy enjoyed cooking; Norm was a great bartender â€” they were the perfect match. The first year popular restaurant Wulff’s opened, Dorothy served as the pastry chef, putting her baking skills on broad display. She hosted Christmas family dinners well into her eighties, preparing the meal and creating a magical holiday setting for her ever-expanding family table. Dorothy had a tremendous zest for life and for gathering people to enjoy it with her.
Throughout her life, Dorothy was a loving, supportive mother, wife, grandmother and great grandmother. She was a true friend to many, showing up with home cooked meals when they were ill and remembering important dates in their lives with skillfully worded notes and cards.
She will be forever missed by all who knew her. On December 9th, 2022, there will be a memorial service at the Jesuit High School Chapel at 4:30pm, followed by a gathering at the Sutter Club at 6:00 pm to celebrate Dorothy’s and Norm’s lives. Please feel free to join the family at either event (or both if your time allows). For those who would like to honor her memory, a donation to the Crocker Art Museum or Jesuit High School Scholarship Fund would be greatly appreciated.