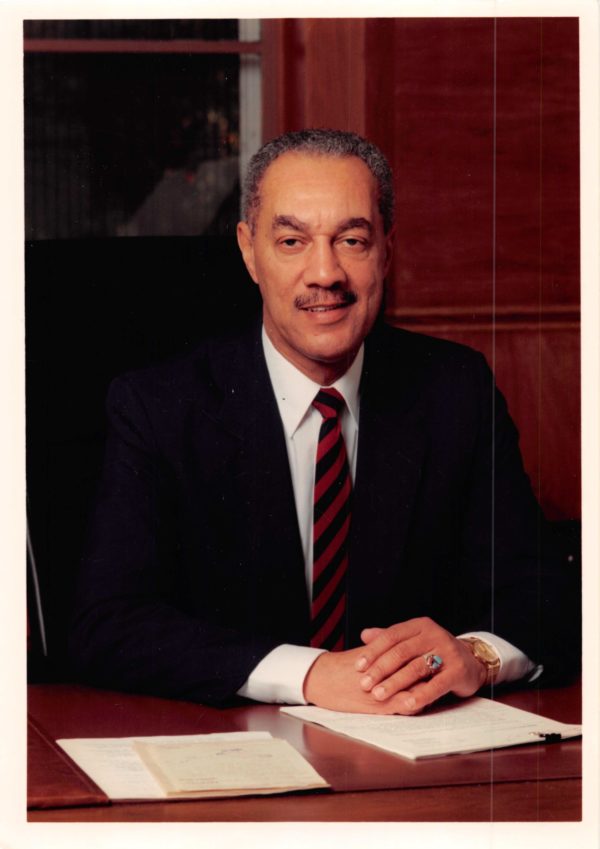 It is with deep sorrow and much love that we mourn the passing of Donald L. Watson, Sr. Don passed away peacefully at his home in Sacramento, California, on October 26, 2022, at the age of 95 years.

He is lovingly remembered by his sons Donald Watson Jr. (wife Pansy) and Darryl Watson (wife Julie), along with seven grandchildren, six great grandchildren, and several nieces and nephews. Don was proceeded in death by his loving wife of 70 years, Wilma, his mother, Getha Jones, father Robert Watson, and his stepfather Roy Jones of Bethlehem, Pennsylvania.

Don was born in Philadelphia, PA and grew up in Bethlehem graduating with honors from Liberty High School where he was class president, point guard on the basketball team and a member of the “Melody Singers”. He then attended Penn State University where he received his degree in Civil Engineering in 1950, being the first one in his family to go to and graduate from college.

He always wanted to live in California so he began his professional career with the Federal Bureau of Reclamation in Fresno, CA. He asked the parents of his childhood sweetheart to send their daughter, Wilma, to California. Her parents happily and lovingly agreed, and Don & Wilma were married in Los Angeles in 1951. They then returned to Fresno where their first son Don Jr. was later born. Don’s distinguished 37-year career with the CA Department of Transportation (Caltrans) began a couple of years later in Los Angeles where their second son Darryl was born. Don and his family were founding members of the Messiah Baptist Church of Los Angeles where he served as Financial Secretary for 17 years.

While at Caltrans he worked his way up the managerial ladder, ultimately reaching the top job of Deputy Director. In 1988 he was named “Black Engineer of the Year”, an award given by the Deans of America’s Historically Black Colleges, for outstanding contributions in science, engineering, and technology. Don also received the prestigious “Alumni Fellow Award” from the College of Engineering at Penn State. Following his retirement at Caltrans, he was appointed by the governor of New Jersey as Executive Director of the New Jersey Turnpike Authority. Don and Wilma moved to Princeton, NJ where they lived for 4 years before returning and officially retiring to Sacramento.

Don’s lifelong interests included his beloved Penn State Nittany Lions football and San Francisco Giants baseball teams. Don and Wilma also traveled the world with family and members of their travel club. He was a true role model for the family and enjoyed telling his life stories to his children and grandchildren during weekly family dinners. He will be deeply missed by his family and friends for his kind heart, sense of humor, generosity and devotion.

A celebration of life service will be held on Thursday, November 10th , at the East Lawn Cemetery Elk Grove Memorial Park located at 9189 E. Stockton Blvd, Elk Grove, CA 95624. The viewing will begin at 9:00 AM with the service to follow at 10:00 AM.

In lieu of flowers, Memorial Donations may be made in Don’s name to the Penn State Alumni Association.