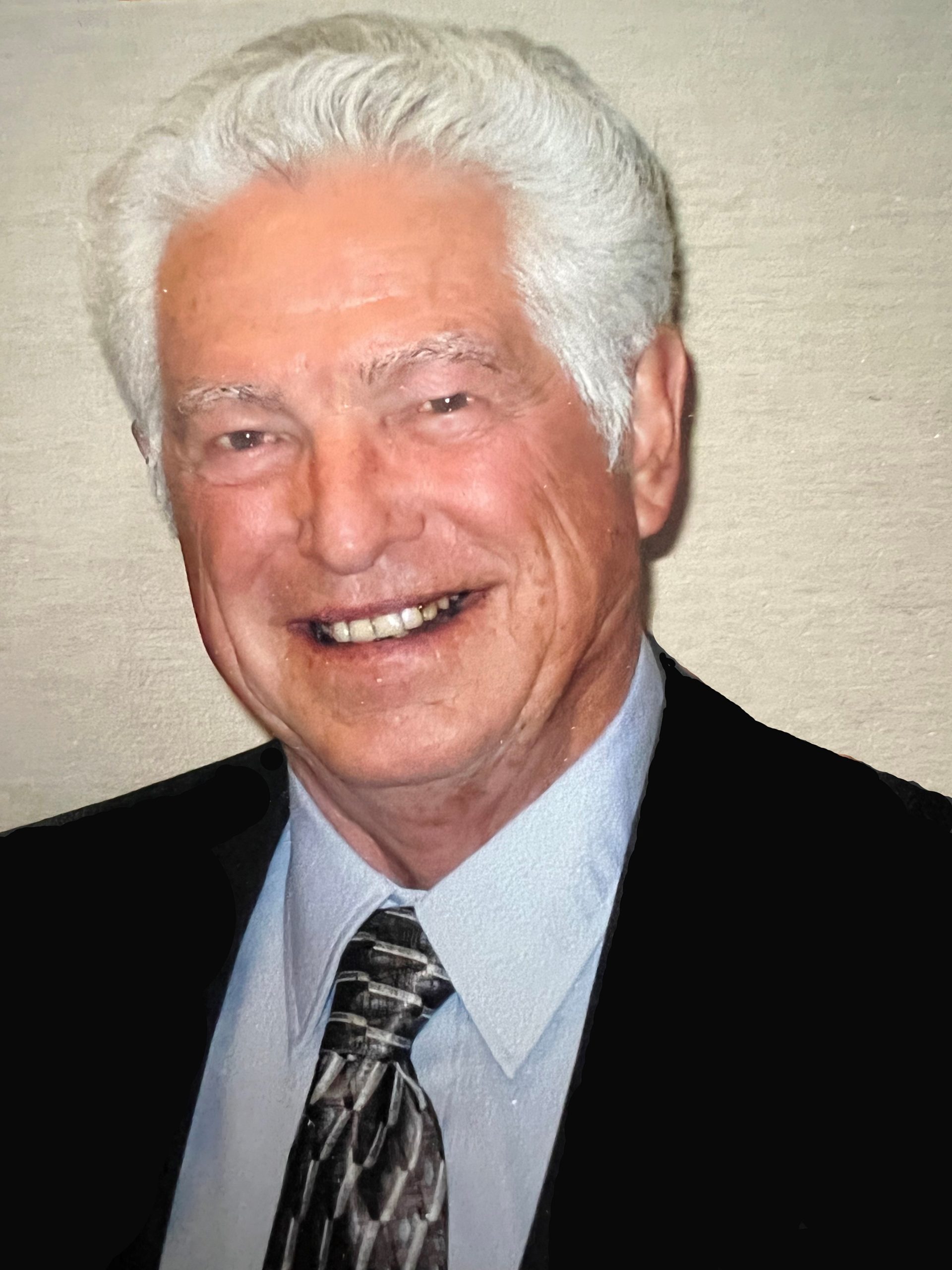 Cy was born in San Diego on September 9, 1929 to Hazel Goodall and Cyrillis William Holmes, Sr. He lost his lengthy battle with congestive heart failure on October 12, 2022 at the age of 93.

He grew up in the San Diego area and attended Sweetwater High School in National City where he excelled in track, especially long-distance races, making the state championships his last two years. Even as a young boy he was drawn to firefighting and would visit the local fire station each day to fold the newspapers for his extensive paper route. If they got a call he would often follow the engine on his bicycle, knowing his “pals” would give him and his bike a ride back to the station when they were done.

Four days after graduating Sweetwater in 1947 Cy achieved his dream job, hired by the California Division of Forestry (now Cal Fire) as a firefighter and dispatcher trainee. He also joined the U.S. Marine Corps Reserve in November of that year and was called to active duty in October 1950. He was promoted to sergeant and discharged in April 1952.  Cy immediately returned to CDF, where he stayed for 30 years, working throughout the state and rising through the ranks in a variety of placements. While serving as an Assistant State Forest Ranger and Battalion Chief in Tulare County he met and married Mazle Mainard, the mother of his three children.

In 1964 Cy was promoted to Chief Law Enforcement Officer for CDF’s Southern California Region, then joined the State Forester’s staff in Sacramento as Assistant Law Enforcement Officer for civil matters. His final posting before retirement was as Region II Camp Program Manager in Redding where he supervised eight conservation and firefighting camps. He also continued his lifelong love of flying as an instrument rated pilot.

Cy and his family had moved to Elk Grove in 1969 and he returned after retirement, living there the remainder of his life. Not one to stay idle – or away from the fire service – he started his own business, Cy Holmes Fire Investigations, which he actively worked at until age 86, investigating fires and explosions throughout the western United States. Although that work was challenging and interesting, it didn’t compare to the satisfaction of attacking a fire or assisting someone in need, so Cy also joined the Elk Grove Fire Department where he served for 14 years as a volunteer apparatus engineer and Emergency Medical Technician II.

During a career that spanned 68 years Cy participated in the suppression or investigation of more than 7,000 fires. He testified as a consultant and expert witness in 130 California Superior Court trials, nine Federal Courts and Superior Courts in three additional states.

After the dissolution of his first marriage Cy married Marsha Green Beitzel in 1983. They soon discovered a mutual love of travel and over the years visited nearly 50 countries on six continents, inspired by Marsha’s job as a travel agent. He also enthusiastically supported her involvement with the Strauss Festival of Elk Grove and for many years had a cameo performance in each production. His roles ranged from boatman to flower vendor to old-time photographer; “anything,” he would joke, “that didn’t require any dancing or singing talent whatsoever!”

He was fortunate to have the continued support of wonderful friends and loved getting together with them for a meal or celebration. But his very favorite spot (other than the Greek Islands!) was sitting at his well-stocked home bar with a gin and tonic in his hand, a bowl of nuts by his side and someone to talk with. His was a life well lived.