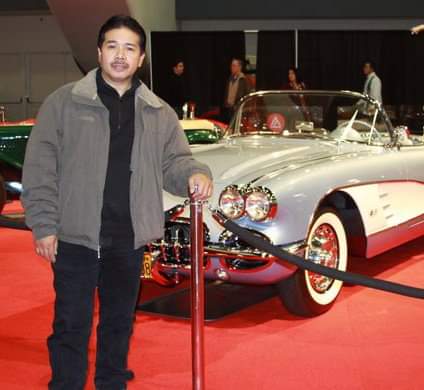 Berg Tag-at Latorre was born on July 24, 1961 in Bilayong, Lupon, Davao Philippines.
The seventh of thirteen children to parents, Andres Lasanas Latorre and Anecita Resoor Tag-at Latorre. He was the second oldest of the Latorre boys.
In 1976 at the age of 16, he along with the second batch of Latorre children immigrated to America and settled in San Francisco, CA, residing on Mission and Van Ness Street.
Berg attended Balboa High School graduating in 1978. Not too long after, the family moved to the Pacifica home on Inverness Drive. Berg spent two years living in St. Michael’s, Maryland.
He moved back to the SF Bay Area living in Milpitas, CA while attending Mission College in Santa Clara, CA studying Electronics and Microcomputer Technology.
In 1986, Berg was hired by Sequoia-Turner Medical which was eventually acquired by Abbott Laboratories Diagnostics Division. During this period, he spent many years living in the Silicon Valley including Sunnyvale, CA and eventually settling in Santa Clara, CA.
On January 20, 2011 Berg married the love of his life, Noemi Fernando Latorre whom he remained faithfully married until his final days.
Berg remained employed by Abbott Diagnostics until he retired on March 11, 2013, after working for 27 years.
Shortly after retiring he moved to Sacramento, CA and drove Uber in his spare time. The hard worker he was (but wanting to spend more time with Noemi), he decided to work at Walmart in Bruceville-Elk Grove so he could remain closer to home, pursuing his dream to one day retire in the Philippines and live a good life.
Berg loved seafood and special home cooked meals. He had many hobbies and interests including biking, outdoor scenic walks, and road trips to visit family and friends. He loved rock music, sports cars and was a muscle car enthusiast but also enjoyed riding motorcycles. But all these paled in comparison to his true passion; Fishing. Being the consummate fisherman, he perfected his craft, shopping for gear, researching, and honing his skill – wetting his line any and every chance he could get. He wanted to be a professional fisherman.
He made friends wherever he went and was loved by the people whose lives’ he touched. He was a loving Brother, Uncle, Nephew, Great (and Great-Great) Uncle, Cousin, Bother-In-Law, co-worker, and friend. He will be truly missed.
Berg is survived by his loving wife Noemi and his twelve siblings, Celsa, William, Odessa, Anne, Lynn, Joyce, Marylou, Donald, Claudio, Jonathan, Gilbert, and Fritzie.
Forever in our hearts.
Sunrise July 24th, 1961
Sunset February 2nd, 2021