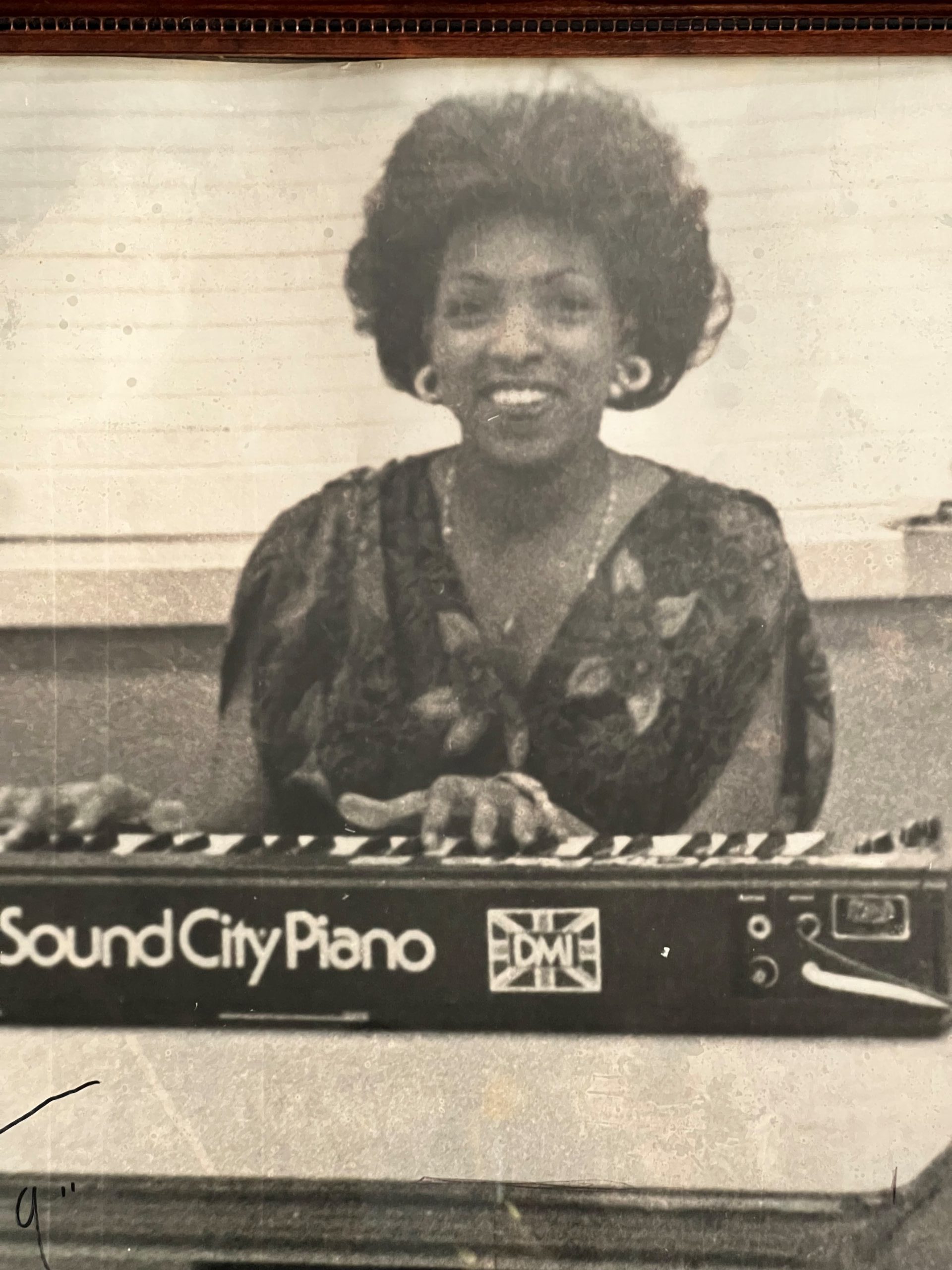 Ayda Harvey was born on May 5, 1940, as Ida Pearl Hardin to Chester and Mamie Hardin in Houston, Texas. She was the oldest of five children. She dedicated her life to Christ at an early age and kept her heart in the church. Sister Harvey began playing piano at 4 years old. She performed in many church and school concerts. She was a talented musician and played for several churches in the Houston area.

Sister Harvey later moved from Houston to Oakland, CA. She then obtained her BS in Nursing. As a RN, she worked in several nursing capacities, including the emergency room, psychiatry, and school nursing for schools in the Oakland Unified School District. She concluded her nursing career in Public Health in Alameda County, California.

In addition to being a nurse, Sister Harvey continued her love for music performing in the SF Bay Area. She participated in her own bands and led choirs in the church. Some of her many accolades included singing for the San Francisco Symphony Opera Choir, co-founding Hot Licks Productions – a music production company, writing and producing songs and mentoring other artists. Expressing her passion for music, she even changed her name to Ayda, after one of her favorite operas of the same name.

Sister Harvey had a warm, bright, and vivacious spirit. People engaged with her wherever she went. She was truly loved and will be extremely missed.