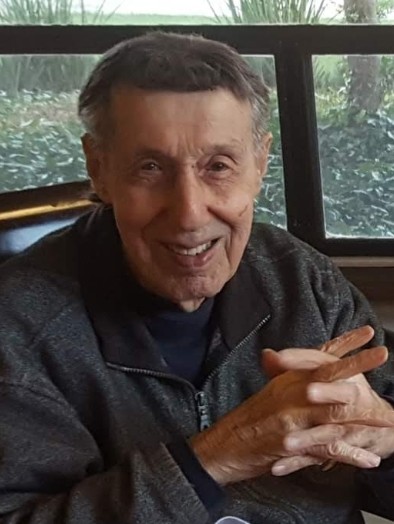 Angelo George Damas age 94 died peacefully on June 18, 2022 in Sacramento, Ca. He was born August 4, 1927 in Lincoln, Ca. Angelo was the son of Nick and Mary Demas, emigrants from Greece. Angelo graduated from Roseville high school. After graduation in 1942 he joined the Army Airborne in the Pacific Theater and eventually deployed to Japan. After his honorable discharge his brother Tom and Angelo traveled throughout the US and Mexico and then eventually settled in the Sacramento area where he met his beloved Marcella. They were married on August 6, 1960. Angelo then adopted Elizabeth and Richard.
He is Survived by His Beloved wife Marcella Damas, Son Richard, (Deborah) Damas, Daughter
Elizabeth Christin, Grandson Michael Christin, Sister Tula Rhea and many nieces and nephews.
Preceded in death by his brothers George, Gus, Tom, Ted and, his sister Cathy Rowe